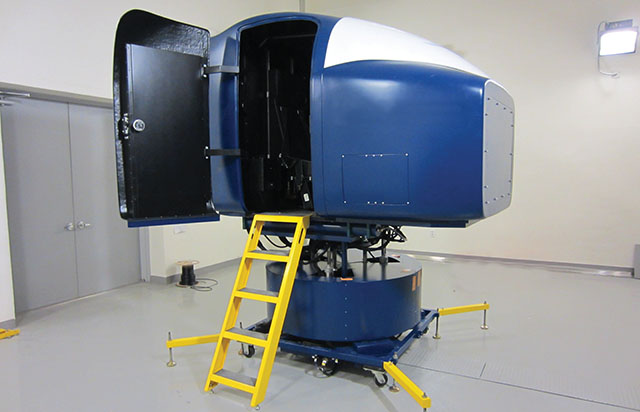 “We are thrilled to be selected as the contractor for such an important program,” said Alper Kus, Vice President of ATS. “Spatial disorientation is still a major contributor to aircraft mishaps. This system will help pilots to better handle the effects of SD and ultimately lead to a safer flight environment for all aircrew.”

ETC’s GYRO IPT II provides pilots with a hands-on, realistic, full motion, spatial disorientation flight training experience. While in control of a simulated flight, the pilot can be exposed to a variety of selected disorienting illusions. Unlike simple disorientation demonstrators, a pilot in the GYRO IPT II has full closed loop control of the simulation before, during and after the illusion. This capability creates a fully interactive flight training environment where the pilot must maintain control of the simulator and fly through the illusion to a successful resolution during training.

This acquisition marks the fourth contract awarded to ETC by the USAF in the past five years.
During 2009 and 2010, ETC was also selected to provide its Authentic Tactical Fighting System (ATFS-400) and a suite of four Altitude Chambers to Wright-Patterson AFB OH. In 2012, ETC received an additional contract for an Altitude Chamber to be delivered to the Spanish Air Force via Foreign Military Sales (FMS).

Back to News Releases